There are some steps you need to take when you’re looking to clinch a new client and sell your training services. Rather than allowing yourself to be steamrolled by a barrage of client questions, you should step back and take control of the situation because doing so will make it more likely for you to make a sale by the end of the conversation.

We’re going to discuss the steps now and let you know why they’re important. Each step has a purpose, so don’t skip over any of them. They’re all worth understanding and taking into account, so read on now.

Ask Questions That Get Right to the Heart of the Matter

The first thing you need to do is place yourself in control of the conversation. That’s perhaps more important than anything else early on in the process. The most effective way of making that happen is by asking questions. Ask them about what they’re looking to achieve and what their reasons for wanting those changes are. That way, you can learn about them while also dictating the flow and subject matter of the conversation. Be sure to listen carefully to what you’re being told and make notes along the way.

Keep asking questions until you have a full understanding of what the client really wants to achieve and what their emotions and motivations are. These decisions are often emotional and you’ll have to get to the heart of that. Not only does this help you do your job better later on, but it also makes it clear to the potential client that you’re really invested in their needs and that you really want to understand what they’re looking for. People hire personal trainers that are invested in their success and want to help them achieve their personal goals.

Rather than trying to sell them a package that you have on offer at the moment, focus on what they want. After all, you’ve just spent a long time asking questions and trying to understand why they’ve approached you. Therefore, it makes sense to start selling them your vision once you’ve done asking questions. Talk to them about the results you’re going to achieve for them and how you’re going to help them get to where they want to be. Give them an end result that they can picture and that they really find appealing.

You’re selling the results that they want to achieve and that you know you’re capable of helping them achieve. It’s about talking to them about what they understand and being positive. You don’t want to bore them by talking about science. At this point, you can also let the client start to lead the conversation a little more and offer answers to all of the pressing questions they have. Keep your answers light and positive and don’t overwhelm the client or make them feel daunted.

One of the ways in which personal trainers often lose sales is by letting objections and problems slip by without addressing them or offering answers. Never be afraid of client objects or hesitations because the very worst thing you can do is ignore them or fail to address them. If you let that happen, they’ll go away with those hesitations still in their mind and they probably won’t come back to you. Instead, be proactive when an objection, problem or hesitation arises.

You want to keep the conversation to the practical things at this point. There are often objections and hesitations that arise relating to money, but you don’t want to talk money just yet. You’ll get to that later though. Just don’t leave doors open and problems hanging in the air if you can help it. But don’t talk about money until you feel you’ve convinced the client about the worth and value of your services. If they’re not ready to buy, you’re not ready to talk money. That’s the way it needs to be.

Get Them to Make a Commitment

The art of selling is a tough one to master, but one simple trick you can make use of is achieving a buy-in. This is when you get the client to commit to something small to begin with. They’re not committing to the whole thing because that’s a big step and you want to work your way up to that. Besides, it’s much easier to get a small commitment from the client than to get them to go the whole 9 yards and sign up to your personal training services on the spot.

You might first want to talk about schedules and see if you can start putting plans in place for when and where you’re going to meet and train. That makes the whole thing seem real, and it’ll feel like less of a big step to take when you finally start talking about money because at that point, it’s just a formality. After all, you’ve already scheduled your first meeting and discussed how you’ll train. It’s about getting your foot in the door before that final push.

Even if the client loves everything you’re saying and they want to be your client, that doesn’t necessarily make it possible for them. If a person simply doesn’t have the spare cash to pay for your personal training services, there’s nothing they can do about that. But you certainly can get creative. Your services and how they’re structured don’t have to be set in stone.

For example, you might want to offer a slightly reduced service that also comes with a reduced price tag. That way, the client still gets to work with you and benefit from your services, but they won’t be taking up all of your time because they’re not paying for it. It should work out just fine for you and it’ll work out much better for the client from the perspective of their financial situation as well. Don’t be afraid to get creative if you need to because it can really pay off in the end.

One last thing to point out is how important it is for you not to prejudge your clients when you first meet them. Of course, this is an issue of courtesy because it’s hardly fair to judge people before you know them, but it’s also important from your own sales perspective. For example, if you assume a potential client can’t afford your full service at its highest price just because of what you see when you look at them, you could make a big mistake and miss out on that client’s money.

It doesn’t matter how a client looks, how old they are or anything else. Don’t make assumptions about them before you know a single thing about what they’re looking for or what they might be able to pay. People don’t always fit into the preconceived ideas you have of them based on their outward appearances. We’re all guilty of occasionally judging books by their covers, but it’s something you definitely can’t afford to do as a personal trainer.

If you follow these guidelines and keep them in mind when you’re meeting with clients and trying to sell your personal training services, you’ll make more money and close more sales. It’s what every personal trainer is aiming for, so get out there and make it happen.

Posted in Becoming a Gym Instructor

Can You Perform Yoga for Strength? 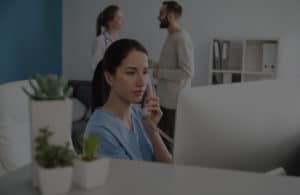 Do you have the drive to help others, but aren’t sure which career is right for you? It’s time to…
Read More 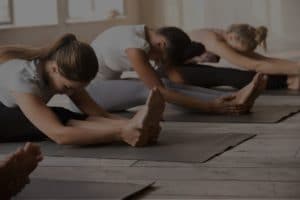 Why You Should Teach Yoga – Unlock A Whole New Career

If you’re a yogi, you will know that doing yoga can be a rewarding and deeply nourishing experience. So, why…
Read More 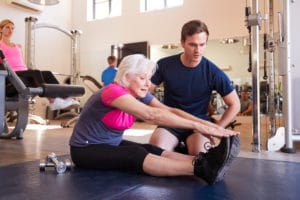 What’s the Difference Between a Gym Instructor and a Personal Trainer?

Whether you’re looking for a career change or gaining a qualification for the first time, personal training is a great…
Read More 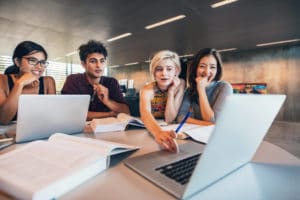 What Is A Diploma in Fitness? How Will It Progress My Career?

Getting a Diploma in Fitness is a life-changing choice for many people. Get your career in health and fitness kickstarted…
Read More

What is a Traineeship in Australia?

Traineeships are wonderful opportunities that allow you to get your career underway while you’re still getting a qualification. Start learning…
Read More